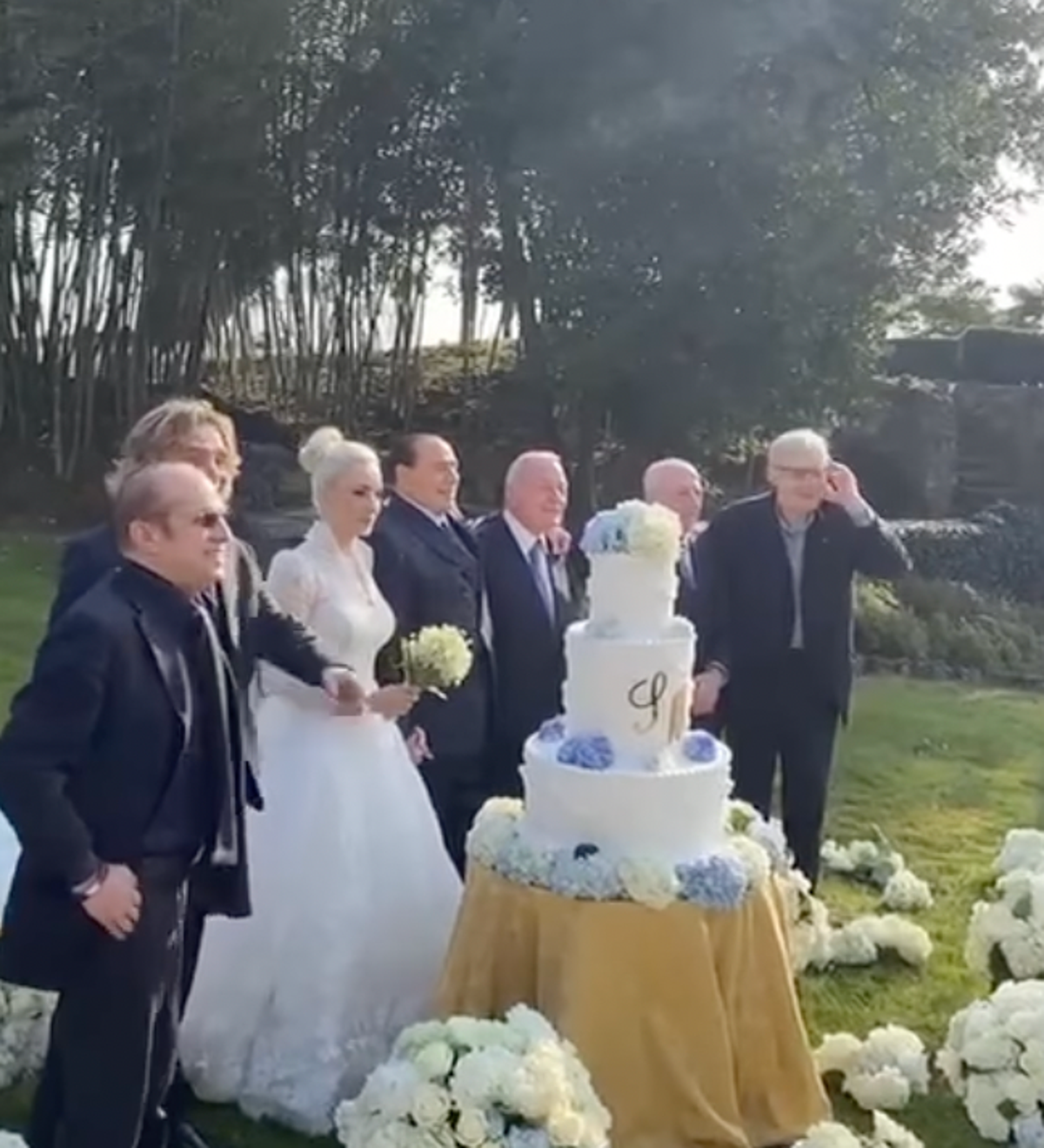 Silvio Berlusconi, 85, has a “symbolic” marriage with a 32-year-old wife

Dubbed a ‘love party’, the lavish union saw the 85-year-old Milanese multi-billionaire burst into song and laugh behind a three-tiered cake as he took the hand of his 32-year-old wife Marta Fascina.

It’s the third time the ex-Prime Minister has walked down the aisle – but the last couple were not a marriage in the eyes of the law.

Instead, the couple tied the unratified knot at a rural palace on Saturday.

It is understood that Berlusconi’s adult children were furious that Fascina could lay claim to their father’s £5billion fortune.

The politically powerful couple have been together since 2020, after Berlusconi broke off his relationship with his longtime girlfriend Francesca Pascale, 36.

Fascina, an MP for Berlusconi’s centre-right Forza Italia party, has a degree in literature from Calabria and has been a member of Italy’s lower house since 2018.

She has thousands of followers on her social media accounts, as well as a tattoo bearing Berlusconi’s initials, according to the Italian newspaper. Il Messaggero.

Berlusconi, who was convicted of tax evasion, still faces charges related to a sex with minors case in Italy.

The former prime minister was previously found guilty of paying to have sex with prostitute Karima El Mahroug when she was 17, but that was overturned on appeal – despite being charged with bribing witnesses to remain silent.

Earlier this year, Berlusconi – known to his supporters as Il Cavaliere (the knight) – gave up his candidacy to become president.

There have been protests over the prospect of him winning a seven-year term in a post meant to provide some sort of moral compass for the nation.

He said he was stepping down to avoid further controversy – in the spirit of “national responsibility” amid the pandemic.

Yet at the ceremony at Villa Gernetto in Lesmo, north of Milan, such worries seemed a long way off.

Italy’s longest-serving post-war prime minister was filmed singing on the piano and posing for photos.

He reportedly told Fascina, “You complete me, I couldn’t live without you, you complete my life.”