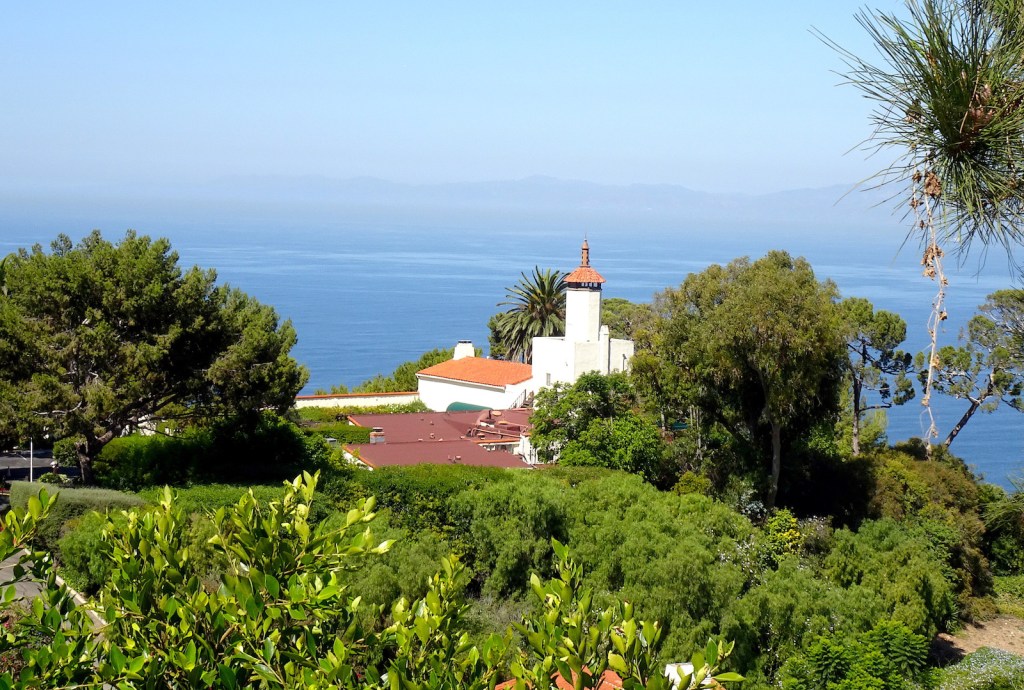 The Palos Verdes Estates Planning Commission agreed to new restrictions at La Venta Inn – in an effort to balance noise and traffic concerns from neighbors with the economic viability of a new tenant.

The restrictions will ultimately be submitted to City Council for final approval. At that time, the council will also set a capacity limit for the popular wedding venue.

For nearly 100 years, the iconic La Venta Inn has been a destination for weddings and other special events, for locals and visitors alike. But the Spanish villa is in a residential area and neighbors have complained of multiple issues including traffic, noise, parking and speeding in nearby streets.

Redondo Beach catering company Made by Meg took over La Venta operations last year, prompting the revision of an 80-year-old ordinance for the site.

The Planning Commission agreed to allow outdoor dining events until 8:30 p.m., but banned any other organized outdoor activity, such as live music or dancing.

“We are not profitable as the business is just restarting and outdoor dining is a very important and crucial part of our business,” Meg Walker, owner of Made by Meg, said at the committee meeting. from this week.

Walker also stressed the importance of being able to set up tables outside due to the ongoing risks of COVID-19, as wedding guests are typically multi-generational.

After continuing discussions from a March meeting, the Planning Commission on Tuesday, May 3 approved these additional arrangements for events at La Venta Inn:

The commissioners have not made a decision on building occupancy restrictions, but will leave that to council. The La Venta tenant does not want to have more than 200 guests and 30 employees on site at a time. Some residents, however, have said they want to limit guests to 100.

“I think the strength of the venue is that it’s not this mass event venue,” resident Steven Goldsmith said, “and 200 people seems like a lot.”

Resident Kristen Brosseau said that while the community wants the hostel to succeed, they also want to balance that with reducing the impact on neighbors.

“To be very clear, nobody wants to see La Venta closed,” Brosseau said. “However, it has been repeatedly proven that, absent control without reasonable governance, the events at La Venta will continue to have a substantial negative impact on a significant number of families.”

But Rob Eskridge, whose family ran La Venta for 26 years, said limiting crowds to 100 or 120 would “kill the business”. Summer weddings are crucial for survival when the winter months are slow, he added.

“It’s not an easy business to earn a dime,” Eskridge said, “and the best thing you can do is get rid of the no eating out stipulation. “

Mark Matthews, whose family has owned La Venta for 77 years, said he and his relatives agreed to the 200-person occupation to cooperate with the city and ease residents’ concerns.

“It’s a very expensive property to maintain,” Matthews said, “but we’re willing to do this because it means so much to my family to have this property.”

The Planning Commission, meanwhile, also wants to set La Venta up for success, said chairman Derek Lazzaro. But he also worried about having 200 or more people on the property at once.

Because there’s a maximum of 180 seats inside — according to Walker — some attendees who might have been drinking could potentially raise noise levels, Lazzaro said.

“It almost feels like we’re guaranteeing people are pushed out,” Lazzaro said.

“On the other hand, I understand (if) you tell people that they can have less than 200 people at a wedding, that kind of cuts (potential buyers),” Lazzaro added. “But maybe that’s the reality of this building. It’s not a very tall building.

Commissioner Bob Wade, however, said he thought around 200 was a reasonable number that could achieve both goals: helping operators make a profit and not disturbing neighbors.

In addition to addressing the capacity issue, the commission also recommended that city council determine the number of public events La Venta can accommodate and decibel level requirements. The commission suggested the council also create an “enforcement mechanism with teeth,” Lazzaro said.

And the commission recommended the council put in place a nice structure “that’s more than a slap on the wrist,” Lazzaro said.

One year after the ordinance is approved, the matter will be referred to the Planning Commission for review.

“There’s a serious risk here of getting some of these important metrics wrong,” Lazzaro said. “We don’t want everyone to feel like it’s so set in stone, that there’s no way to adjust these settings in the future.”

Sign up for The Localist, our daily email newsletter with handpicked stories relevant to where you live. Subscribe here.