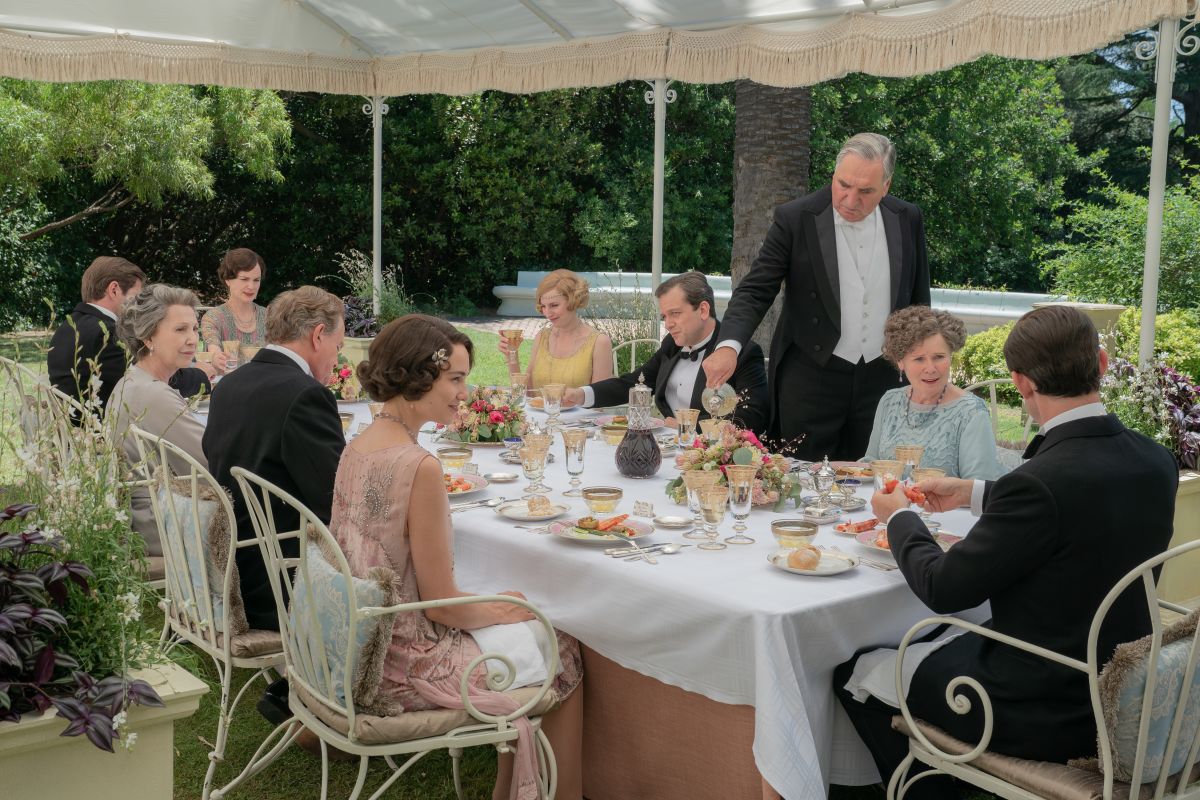 New images have dropped for Downton Abbey: A New Era and they are exactly what fans have been waiting for.

The images give us a glimpse of the drama and excitement we can expect from the second Downton Abbey film, which hits theaters April 29 in the UK and May 20 in the US.

We already know there’s going to be a lot going on for the Crawley family from the movie’s trailer. Not only does the movie delve into Violet Crawley’s (Maggie Smith) past as it’s revealed she inherited a rather swanky villa in the south of France from a mysterious man, but we also know that the whole family heads to said villa where it seems there is more to Violet’s legacy than meets the eye.

We also already know there will be a wedding in the second film as widower Tom Branson (Allen Leech) and maid Lucy Smith (Tuppence Middleton) wed in a romantic ceremony.

We also know the wedding goes off without too many hitches because the cast list references a Lucy Branson, which means Tom will finally get the happy ending he deserves.

Not only will they discover that the “villa” that Violet has inherited is simply magnificent, but they will also learn more about the mysterious past of their family matriarch.

There’s also some exciting behind-the-scenes footage that has been released, showing the cast and crew filming some of the film’s most important scenes.

As you can see from the slideshow, filming took place while it was still under certain covid restrictions, meaning the cast and crew can be seen wearing their masks and visors in some footage…

Downton Abbey: A New Era was only released theatrically on May 20 in the US and April 29 in the UK.

Claire is the associate editor of What To Watch and has been a journalist for over 15 years, writing about everything from soap operas and television to beauty, entertainment and even the royal family. After starting her career in a soap magazine, she ended up staying 13 years, and during that time she shot pints in the Rovers Return, sang karaoke in the Emmerdale village hall, strolled around Albert Square and visited Summer Bay Surf Club in sunny Australia.

After learning a few tricks of the trade on the Digital Spy, Entertainment Daily and Woman & Home websites, Claire landed a role on What’s On TV and whattowatch.com write about all things television and film, with a special love for Australian soaps, Come dance strictly and Pastry shop.

She’s interviewed everyone from June Brown – aka Dot Cotton – to Michelle Keegan, swapped cooking tips with baking legend Mary Berry backstage at NTAs and danced the night away with soap stars at countless price discounts. There’s not much she doesn’t know about soap operas and TV and can be very helpful when a soapy question comes up in a pub quiz!

Besides all things soap, Claire also enjoys running, taking spa breaks, hanging out with her kids, and getting lost in a good book.

representative of Charleston. lobbied for the repeal of the law that prohibits state employment for delinquent student loans