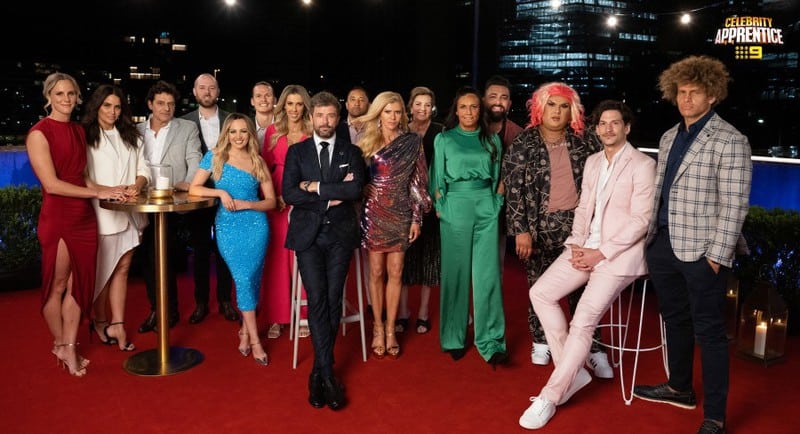 Celebrity Apprentice Australia is back for the second season, premiering Sunday, May 22 at 7:00 p.m. on Channel Nine and 9Now.

Up for grabs is a $100,000 prize for the winner’s charity, bringing together some of the country’s biggest stars to compete in challenges that test various aspects of the business.

This season, celebrities will participate in high-pressure tasks to see who can raise the most money for their charity of choice. It will also see the most money raised for charity, which has never been done before on the show.

But celebrities being celebrities, what starts with the best of intentions can often turn into a struggle for power, control, and most importantly, stardom.

All apprentices are brilliant at what they do, they are known and respected by the public and are passionate about their causes. But can they work together and harness the power of their famous colleagues to raise the most money?

British billionaire Lord Alan Sugar will have the power to fire apprentices who perform poorly and fail to impress him in the most important tasks.

His local advisers, respected Australian businessmen, judge their skills and business acumen by his side. Janine Allis and Nick Bell.

Learn more: ‘What you see is what you get’: Nick Bell on joining Celebrity Apprentice

Last year Shaynna Blaze of The Block won the show and raised over $475,000 for her chosen charity, Voice of Change.

Joining Lord Sugar in the Boardroom this season are:

See also: Celebrity Apprentice: Everything you need to know about celebrities

Celebrity Apprentice Australia is produced by Warner Bros. International Television Production Australia for the 9Network, based on the format created by Marc Burnett and distributed by MGM.

The new season of Celebrity Apprentice Australia airs Sunday, May 22 at 7:00 p.m. on Channel 9 and 9Now.

VOZ shows that BVOD’s popularity continues to grow. Over the previous year, weekly reach increased by 18%.
Click for more